HPRA
USS HUGH PURVIS - DD 709
The page for HPRA Reunion Information! Covering the upcoming reunion, those in the future and links to the past.  (Updated  5/20/2014)

Jacksonville, T'was a great choice
(by Gene S. and George B.) 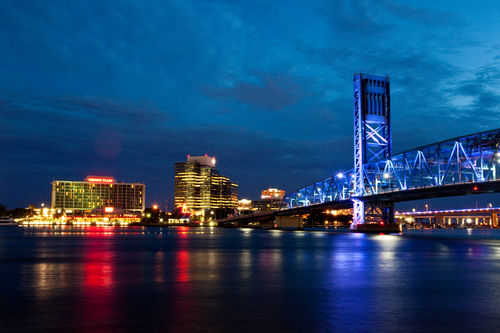 The reunion sight for 2014 turned out to be a great choice. While getting in to the hotel area from the north, "The Crowne Plaza Riverfront", was a bit tricky due to major road construction, once in, there was plenty to do around the immediate area with shopping and restaurants. While some of the rooms were older, they were still good. The staff was very cooperative and Brian and George had a lot of fun with one of the lunch time waitresses. She gave back everything they hit her with - in spades. We started began with two large hospitality rooms, but gave one up to the crew of the USS Carpenter - DD825. Their assigned room was too small for them and one room was plenty for us.

A number of shipmates came in on Wednesday (or earlier), though most arrived on Thursday, the official start date. Breakfast on Thursday was in the hotel restaurant, then a buffet was provided in a private room for the rest of the days. The hotel restaurant was good, and there is a "Ruth Chris" located on the premises. There are others in the immediate area and more across the river, via feet, car, taxi, boat service or a light-rail transit (free).

Officially, everything begins at 3pm on Thursday. The heart of any reunion is always the "Hospitality Room". After checking in to the hotel, this is where most go next. You check in at the desk, collect your tour information and any ordered items. Then it is time to make contact with those we have not seen in a year or so, or maybe not in many years. Now it's time for something to drink and catch up on what has happened since that last time. Make some dinner plans, etc. Everyone is on their own for dinner Thursday and Friday.

(A note pertaining to Friday and Saturday tours. A professional tour company, “Active Escapes, Inc”, was hired for our tours and as usual, George picked the best one. Along with them, on bus 1,  was a local man, Gary Sass, who dressed in character for that days tours. He is well educated in the Jacksonville and St. Augustine history and puts on a good show.) 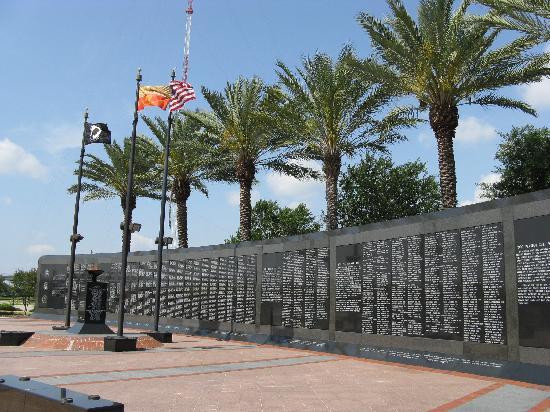 Friday morning began at 8:20 in the lobby for boarding the buses for the day's events. Our first stop was at the Jacksonville Veterans Memorial Wall. The wall contains the names of all Jacksonville service members killed while in the service, ranging from WW I through the current war on terrorism. The main purpose for this visit was for our annual memorial service. A wreath was passed between two lines of shipmates ending with Steve and George, who then placed it on its stand next to the podium area (see picture - left; more in the photos section when ready). Taps was presented by Butch Guzejko to complete the ceremony (Taps Video).

We re-boarded our buses and headed for Mayport Navel Station for a window tour of the base. Each bus had a guide come aboard (CPO) to explain the base. Mayport has a lot of facilities; housing, fitness centers barracks, schools etc. One of our stops while there was the CPO Club to have a look around. We were told it is one of only a few remaining on-base CPO Clubs in the U.S. There was a Command Master Chief there to talk with. The CMC rating is fairly new (10/1995) and is the final enlisted rank, E10. He asked if anyone was involved with the John Glen space shot (your webmaster and several others were aboard for that infamous 44 day wait at sea for Glen to get off the ground).

Driving by the piers, there were a few ships tied up, many in for maintenance. One of those is the U.S.S. New York - LPD21.  At present there are no carriers, but they are hoping to get one in the next year or so. The total number of ships based there is expected to grow over the next 3 or 4 years. The Iwo Jima is scheduled there soon after finishing refurbishing in Norfolk.

Our second stop on the base was the Navy Exchange. We were able to purchase most of what available, except for uniform parts and other select items. Many bought clothing items. No sales tax!! After the exchange we went to a hall for a catered buffet lunch. It was quite good and everyone should have had their fill.

Our final stop of the day was the Jacksonville Budweiser Brewery for a quick tour of the plant and then on to the tasting room. Everyone could have two brews of their choice; beer, soda and a margarita of some sort made with Bud Light. They didn't use tickets there like in St Louis, and a few were seen going back for more. No one over did it. After this it is back to the hotel, with dinner on your own. 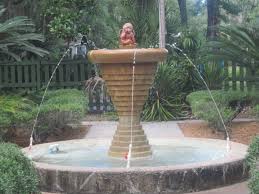 Saturday began at 8:45 in the lobby for the bus trip to St. Augustine, oldest continuously occupied European-established settlement and port in the continental United States. This is our only stop for the day. It is a 45 minute drive from the hotel. The first stop here  at the Fountain of Youth (staying on the bus)., then on to Castillo de San Marcos, the oldest masonry fort in the continental United States. We had about 20 minutes to look around and take photos.

Our next stop was The Mission Nombre de Dios and Shrine of Our Lady of La Leche, On September 8, 1565, Pedro Menéndez de Avilés landed and proclaimed this site for Spain and the Church. It was here that Menéndez knelt to kiss a wooden cross presented to him by Father Francisco López de Mendoza Grajales, chaplain of his expedition. It was on these grounds that Fr. López would celebrate the first parish Mass and begin the work at America’s first mission. It was at this sacred spot that the Spanish settlers would begin the devotion to Our Lady of La Leche that continues into the present.

After a tour of the church area we were dropped off at the visitors center to be on our own for shopping and lunch in the old town area. While it was busy (weekend visitors) there were plenty of lunch choice places and no one should have left hungry. At 2:15 it was back on the bus to return to the hotel for our annual business meeting. A side incident occured during the return; a pickup truck a few cars in front had two people in the back holding on to furniture. Next thing you know, some came flying off. Lucky for the persons in the back, they did not follow it. While the traffic was plentiful, there was no accidents and we all arrived back safely.

The annual business meeting started around 3:30 with the normal presentation of the treasurer's report, the minutes and the webmaster report. (GEORGE, FILL IN THE REST OF THE MEETING HERE). The future reunions were discussed and for 2015 we will be in New Orleans in October and Memphis Tn.  October 2016. These dates were chosen due to the oppressive heat in the earlier months. In New Orleans, we will once again be staying at the Crowne Palace, near the airport. Staying in town proper is way too expensive.

The finale of the reunion was the annual cocktail party and formal dinner. Prior to the dinner we all met on the pool deck for group photos. Groups were 40's, 50's, 60's, 70's, WestPac and the full men’s and women’s photos. Since we did not have a professional photographer, George did the honors.

Our chaplain, Brian G. opened the dinner with his presentation and prayer then it was time to eat. Tickets were sold to be used for the 50/50 drawing and door prizes. Each shipmate also had one special ticket used to draw for one of five free hotel nights. After the 50/50 drawing (nice sum for Jeff M.) door prizes were handed out. A new set of tickets were then sold for three special door prizes; two hand-drawn pen and ink presentations of the ship's original configuration; one as a plaque and the other framed. The final prize was a hand made quilt created by Pat Andrews.

With that, the festivities were complete. Now many retired to the hospitality room for more socializing, etc. It seemed everyone had a great time, enjoyed the tours, the many discussions and the reunion as a whole. Sunday was a closing breakfast and then time for most to check out and head for their next destination. There was a few staying at least until Monday. Once the room was closed, a few ended up on the pool deck to enjoy the sun and more "shooting the breeze".

PHOTOS of the Jacksonville AREA
(Hover mouse over photo for title) 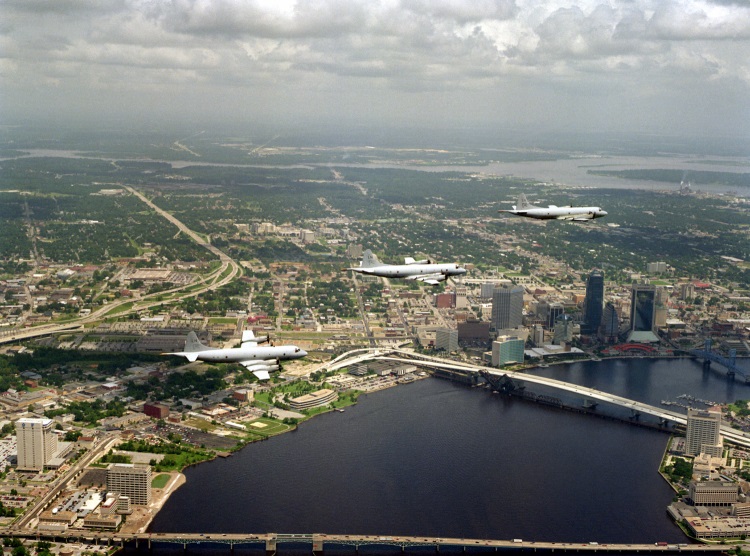 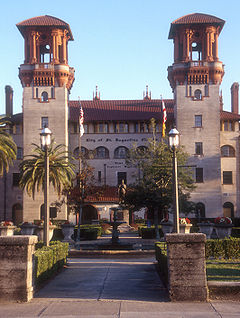 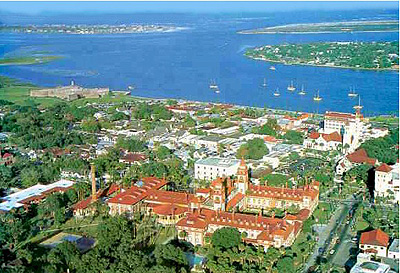 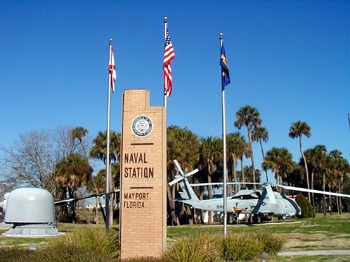 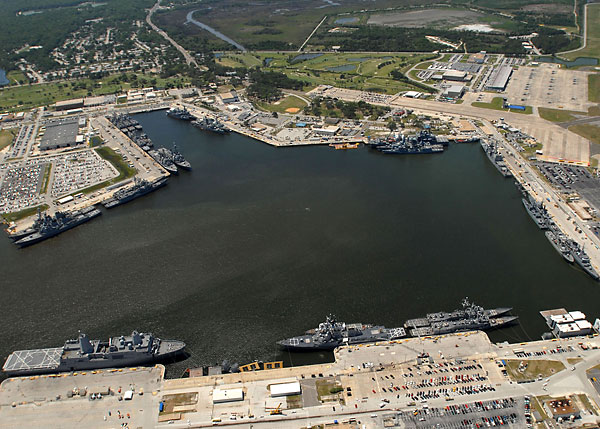 Return to previous page
;
Click here to send us comments and suggestions